On Being A Leader In Public Amidst Personal Pain

“I sat with my anger long enough, until she told me her real name was grief.” -Warsan Shire 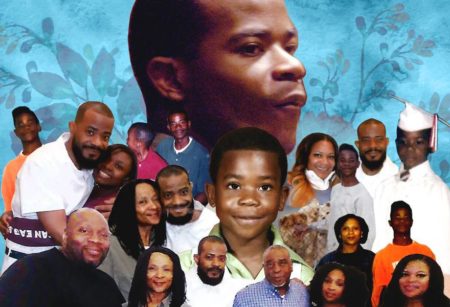 Below is a reflection from Brittany White, LIVE FREE’s Decarceration Campaign Manager, on being a formerly incarcerated Black woman in a position of leadership.

272433. That is my Alabama Department of Corrections inmate number. She has lived dormant in me since 2014 when I came home in an attempt to patch my life together and move on in dignity. She is the person I had to console as I thought of my main goal within my campaign plan to reduce the incarcerated population by 30% in the next five years. I did not mean by death. The privilege and naiveté in the goal always implied that these reductions would equal out to liberation of the incarcerated. It is an unexplainable reckoning with G-d that takes place when you are confronted with the reality that the state can kill you. Despite confessions that you are innocent. Despite media campaigns from celebrities. Despite temporary intervention from the highest court of the land. Despite, despite, despite.

If I had to sum up Thursday, March 5, 2020 in one word it would be defeat. Defeat, met with a hope shattering reality that seemed to provide no escape. I woke up with a lot of unexplained anxiety. I was irritable, looking forward to checking in with my therapist after rescheduling for work travel. I was also focused on pushing through the rest of my work week, focused on having a weekend to just simply be. Like many mornings, I started the day in my usual routine of checking in on popular media outlets. As I sipped my coffee I also digested that the last top female democratic presidential candidate, Elizabeth Warren was suspending her campaign after a disappointing performance on Super Tuesday.

The female leader in me resonated with her strong feminine voice. A voice that was unapologetic and exemplary, that was bold and well prepared. So when she suspended her campaign after so much speculation that she was not “electable” as a woman; or because a woman could not defeat the incumbent, I was heartbroken. Warren’s decision made me confront the elephant in the room that said no matter how phenomenal my leadership, it would always somehow lack because of my womanhood.

The day and the grief progressed as the name Nate Woods started trending across social media platforms. Woods was a death row inmate in Alabama who was drawing attention as his co-defendant took sole responsibility for the death of three police officers, for which Woods had been convicted and was set to be executed on Thursday night. A spark of hope emerged when, just hours before his scheduled death, a stay of execution came down from the U.S. Supreme Court. Gratefully, I breathed a sigh of relief and went on about my day. Next thing I know, a friend texted me that the execution was moving forward, and that Alabama Governor Kay Ivey refused to intervene. Nate Woods was executed by the state at 9:01 p.m. The hurt was painful.

It is not easy to show up in this world black and woman. It’s especially difficult when you add formerly incarcerated to the mix. On March 5, my leadership aspirations as a woman were challenged. The reality is that America has NEVER had a woman president, and misogyny continues to seem the most viable explanation. One of the historically most vile states in America for black people killed an innocent man without repercussions. Somehow, in my body that is black, female, and formerly incarcerated, I can not make sense of it all. Anger that is grief.

Click here to read The Man He Killed: A Poem by Nate Woods.

Collage of Nate Woods courtesy of The North Star.

GIVE A MONTHLY OR ONE-TIME DONATION

Faith in Action is a 501c(3). Faith in Action and its affiliates are non-partisan and are not aligned explicitly or implicitly with any candidate or party. We do not endorse or support candidates for office.